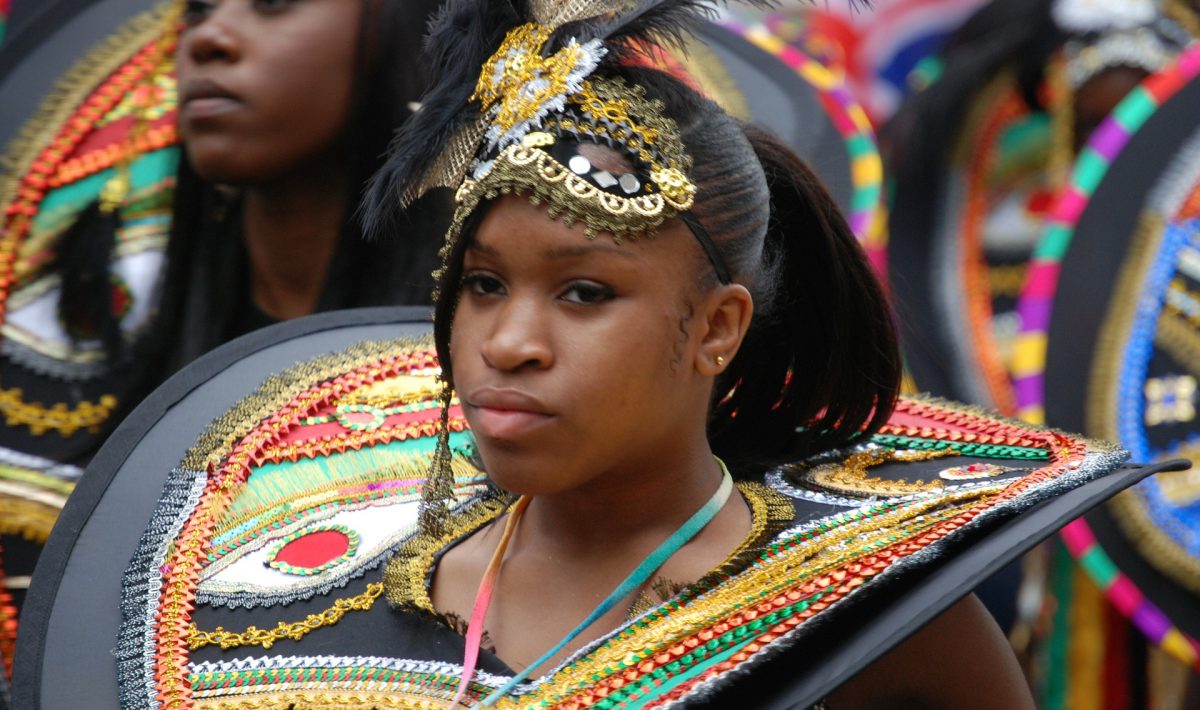 The Notting Hill Carnival is an annual event held over the last weekend in August to celebrate Caribbean culture. The stars of the show are sound systems, parade bands and outrageous and imaginative costumes featuring all the colours of the rainbow, complete with feathers and bells and whistles. The event seems to be older than dirt, but it started in the mid-1960s and is usually attended by over one million revellers, making it one of the largest street festivals in the world. As can be imagined, the carnival attracts everybody, be you Black, Asian (apart from my Chinese friend, who always books a holiday at that time to get away from the raucous revelling) or white. Very cosmopolitan and inclusive, you could say.

This year, because of Covid-19, there was no dancing (and whatever else) in the streets but in the spirit of the event people around the country got dressed up, carnival-style, and danced like no one was watching (well, they weren’t because the carnival had gone virtual). One of those getting into the spirit, so to speak, was our very own superstar Adele. Poor Adele. Well, I don’t mean that in a financial way but… Anyway, poor Adele uploaded a photograph of herself wearing a bikini in the colours of the Jamaican flag. Black, green and gold. And boy, was she castigated for that! And there is more. Adele, it would seem, committed an unpardonable sin. That is, she wore her hair in Bantu knots. Bantu knots are a ‘flirty style traditionally sported by African women’, so I am informed by reliable source Wiki. Well, the Africans and those of African descent in Twitterland did not care for that one bit.  No siree, not having a white woman stepping out in Bantu knots (in which hair is divided in square or triangular sections and tightly fastened). “Is thief, she thief!” the good ole folks cried. Well, they put it somewhat more academically. They call it ‘cultural appropriation’. Meaning, is thief, she thief. Some even called poor Adele ‘a native of Tottenham’ (a predominantly Black area in London) who is probably well acquainted with the jerky chicken an all, ‘insensitive’, and a leech, accusing her of ‘leeching off other people’s cultures’.